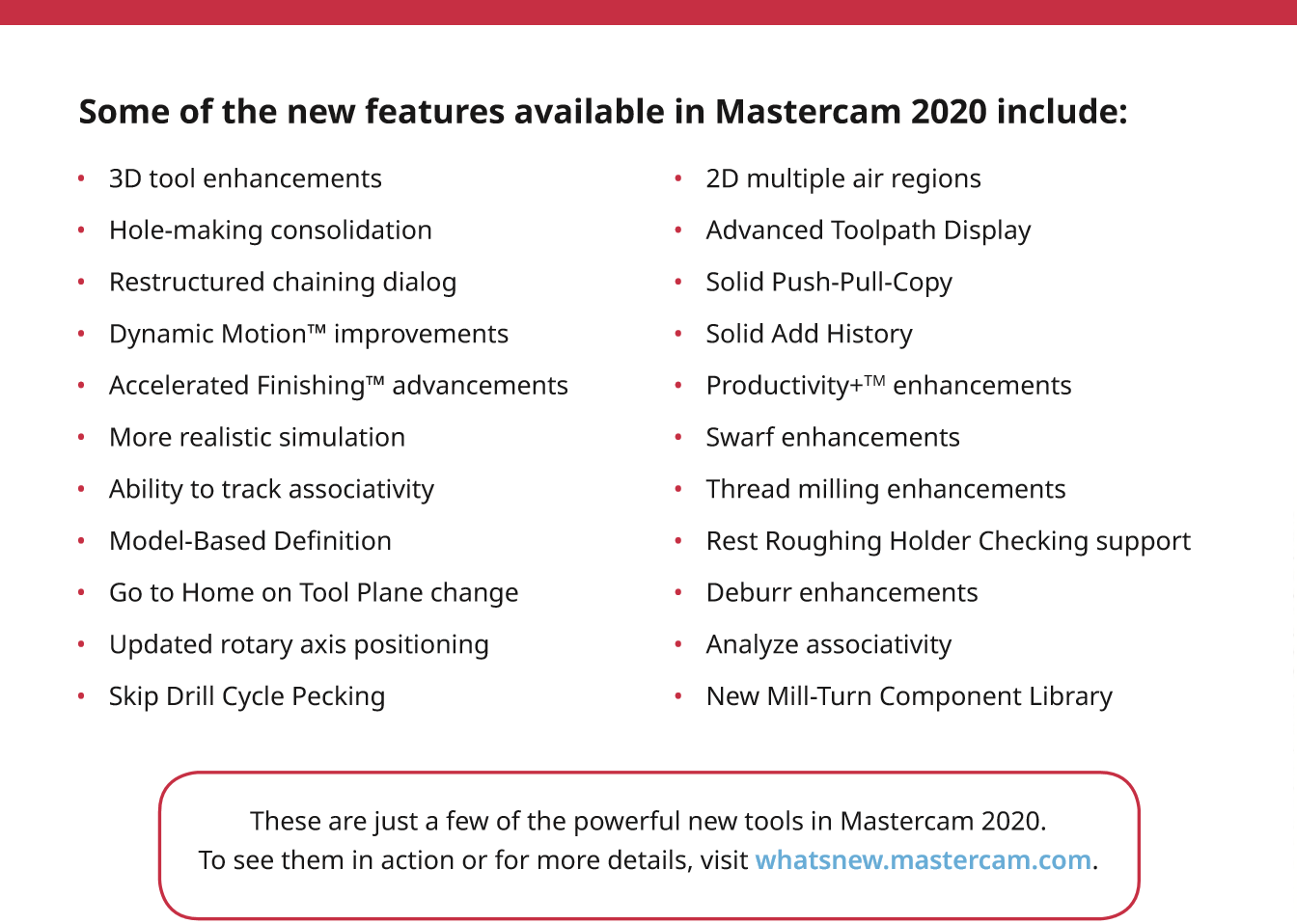 Mastercam is the Industry Standard

Mastercam is the most widely used CAM software in the world. That's because nobody has more “tools in the toolbox” for programming CNC equipment than Mastercam. According to Cimdata, they have more than twice the installed base of their nearest competitor. That means you can rely on innovative CAM software that has helped create success for the vast majority of precision-manufacturing shops worldwide. It also means that skilled Mastercam users are much easier to find.

Support is Second to None

Mastercam is supported by a worldwide network of dedicated, expert resellers who focus exclusively on ensuring that Mastercam fits your needs. They know the software, know your area, and are there when you need them.

Dedicated to the Future

As one of the pioneers in PC-based CAD/CAM, Mastercam has a long history of company security and health. As a privately-owned American company, we continue to focus exclusively on the needs of NC programmers. And as a CAD/CAM innovator, we’ll be here to work with you as you move into the future.

In industry known for mergers and acquisition, products routinely come and go. Mastercam was launched in 1983 and has been based in New England under the same family ownership ever since. Their success has been built on a foundation of stability, long term staff and an experienced global dealer network.

Rely on multiple, integrated solutions for your shop.

Includes a suite of the most sought-after cutting strategies, including High Speed Machining (HSM) toolpaths.

Easily design and machine beautiful 3D work from flat art, drawings, and photographs. Adds on to Mastercam Mill and Router.

Why Mastercam is your best investment